This database provides HRTF datasets in high spatial resolution with corresponding detailed ear models, reconstructed from MRI-scans, of each individual subject. It contains 48 subjects who are on average 29 ± 5 years old. 35 of the 48 subjects are male and 43 are Europeans, 3 are Asians and 2 are South Americans. For all of the subjects the HRTFs datasets were measured in a resolution of 5° x 5°, and magnetic resonance imaging scans were taken of their head and pinnae. 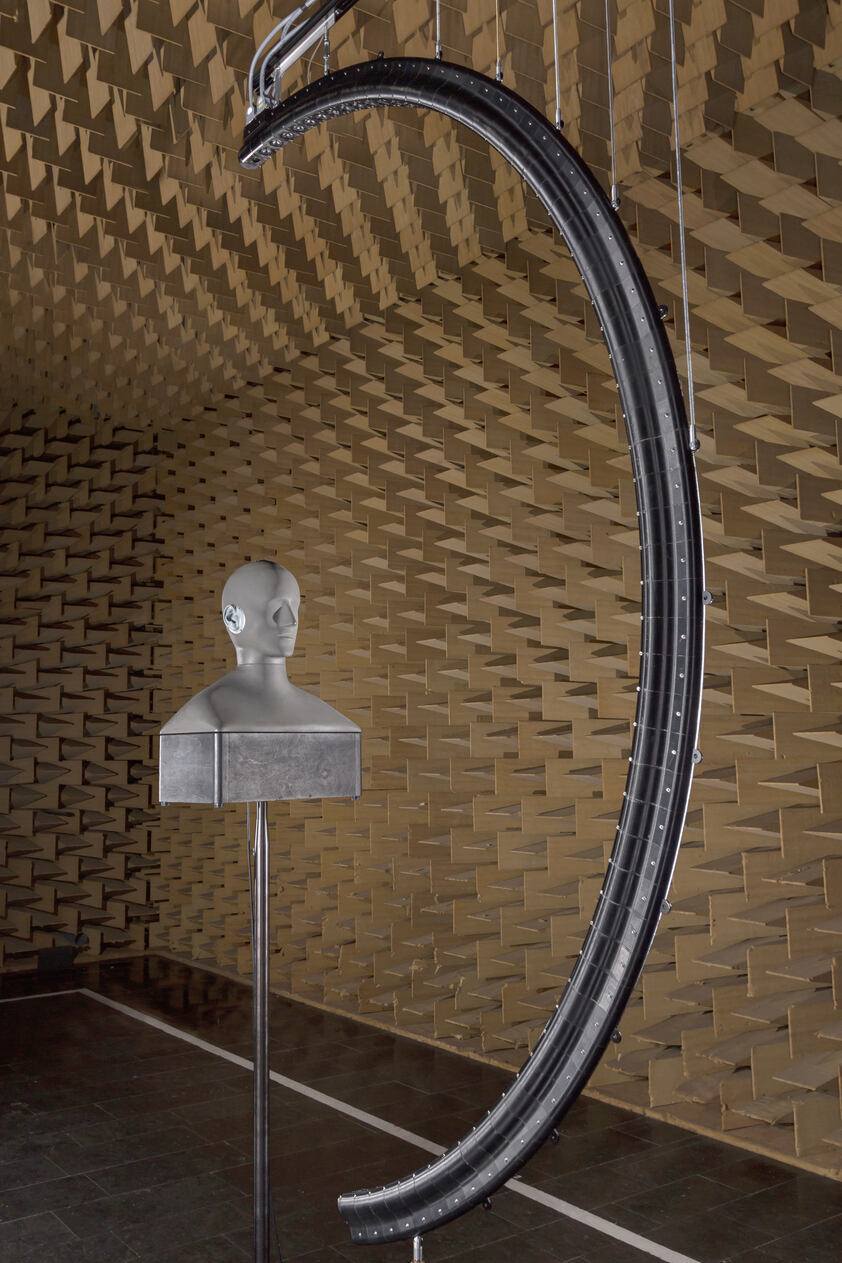 The measurement setup was designed with the goal to achieve a high resolution and individual HRTF measurement in a very short time period with a low influence on the measurement itself. In order to minimize the influence, the physical dimensions of the setup should be as small as possible. The setup consists of 64 loudspeakers that are placed in the zenith direction with a 2.5 degree distance on a semicircle starting at 1.55° and ending at 160° zenith. The radius of the arc is defined as 1.5 m. The subject is standing on a turntable with the center point of the head as the center point of the arc. The turntable can be adjusted in height to balance out the differences in height of the subjects. For database presented here, the subjects were rotated in 5° steps. Sennheiser KE3 microphones, supported by a dome which blocks the ear, were used to take measurements at the beginning of the ear canal. The measurements were carried out in a semi-anechoic chamber with a stone floor and the head center was set at 2 m above the floor.

The measured impulse responses of one dataset are cropped to a total length of 256 samples which is desirable for real time applications. To suppress angle-dependent notches from the loudspeakers and enhance the SNR of the final HRTFs, the reference transfer functions are regularized.

The ear models are determined from the MRI scans of the 48 subjects. The segmentation and geometric reconstruction of the ear geometry was done using different freeware: 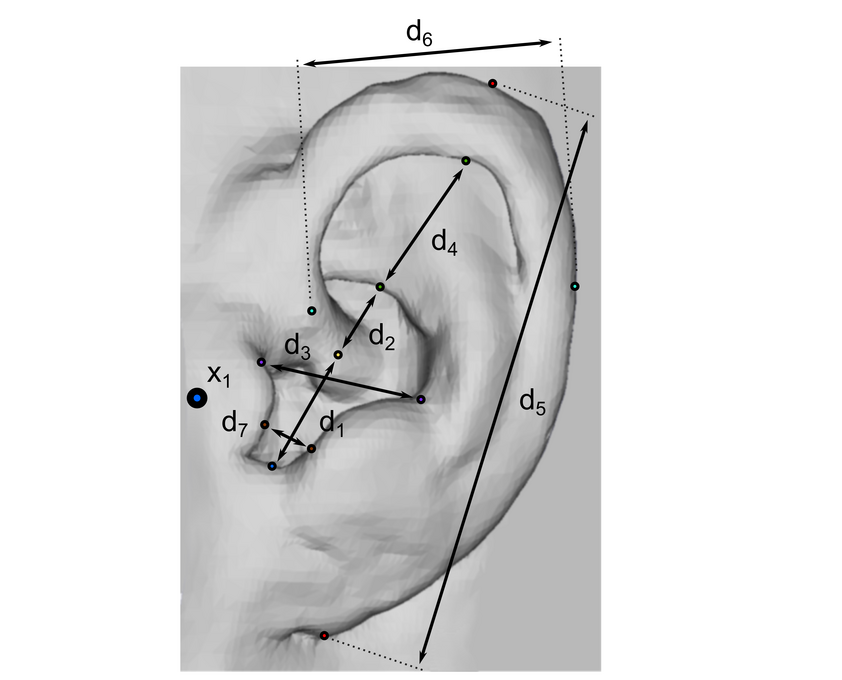 The final models as depicted in the figure are concerned for the anthropometric dimensions in the following table.

Table 1: The statistical evaluation of the anthropometric dimensions according to the CIPIC specifications and their percentage errors %.

To display the ear models, the open source software MeshLab or FreeCAD can be used.
The HRTF datasets are optimized for the ITA-Toolbox, an open source MATLAB toolbox http://www.ita-toolbox.org. The SOFA format is specified in the AES standard AES69-2015.

The project was funded by the German Federal Ministry of Education and Research (BMBF), funding code 01IS14027B. Responsibility for the contents of this publication rests with the authors.